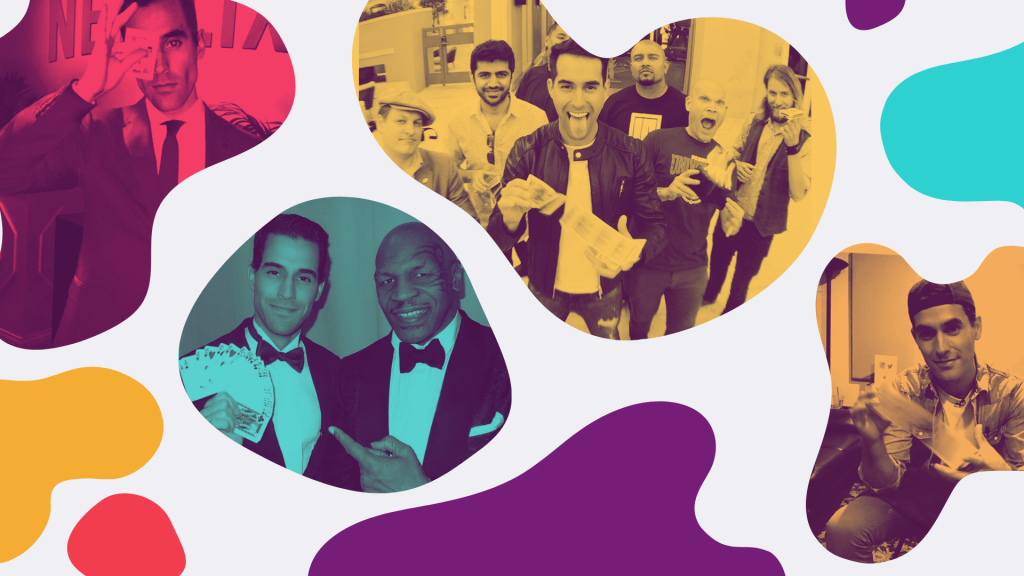 When we scheduled an online meeting with mentalist Daniel Fernandez so that he could show us some tricks, I was determined to make things difficult for him.  I’m a skeptic, and I thought I won’t fall for his magic tricks. But oh boy, how wrong was I?

You see, we were searching for awesome people to showcase during our 360° Digital & Marketing Summit.

Quick note: By the way, if you’re reading this article before October 21, then click on the link and register for the summit. You’ll be blown away by the awesome online sessions we’ve packed into the day.

So why did we schedule a meeting with a mentalist for a digital summit, you might ask?

Being an online and physical event tech company, we’ve decided to launch our own series of digital events. The only rule we had was to make these events as entertaining as possible.

When you think about virtual event platforms, you probably think about boring Zoom meetings or workshops where you can’t interact with other people. Which is exactly why, in addition to redesigning the entire online knowledge session format, we’ve decided to add some unique experiences people can enjoy right from their homes or offices.

After all, what makes an event truly memorable is not necessarily the insights and valuable knowledge the attendees get from the presenters. It’s the social program (fun, food, networking, and entertainment) that stays in people’s memories. But you can’t get that so easily when you’re attending an event online. And although we can’t give you a nice catering experience (and let’s be honest, we all miss that), we can still incorporate some fun and entertainment into our online event for you.

How in the world did he do that?

The decision to make our online summit as entertaining and engaging as possible resulted in the unusual meeting we had with mentalist Daniel Fernandez. And when I say “unusual,” I mean it. Three of us from the team met with Daniel via Zoom.

We were ready to assess his magical powers when he took us by surprise and said, “Well, instead of telling you what I’m doing, I’d rather show you.” And he said my name. I startled a bit, and realized that I didn’t have any playing cards on me. (I’m saying that because I remembered seeing on Daniel’s Instagram how he performed an online card trick on someone, and I thought that was the trick he wanted to show us.

But he didn’t say anything about cards. Instead, he asked me to pick a number from 1 to 100. I laughed and thought of a number, thinking, “There’s no way he can guess it.” Then, he looked into my eyes, scribbled something on a piece of paper, and asked: “What was the number you thought about?”

“Thirty-three,” I said. Then he raised his paper to the camera, and sure enough, the number “33” was written on it. I was shocked! How in the world did he do that? I was sure he wouldn’t be able to guess it! I must confess that it hurt a bit, because I really wanted to stump him. Then he asked our content manager to take a deck of cards.

Who is Daniel Fernandez?

I really didn’t pay too much attention to the online card trick he performed on my colleague. First, I spent the rest of our meeting searching on Google and trying to understand how he did his trick on me. Second, our content manager was still partially asleep, since we’re a remote team and it was early morning where he lived. 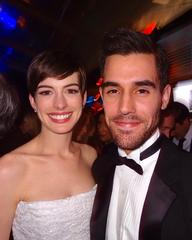 So he truly made it difficult for the mentalist to perform his trick. However, Daniel managed to do his magic and guessed the city where my colleague intended to travel once the pandemic ends. (It was Alicante, in case you were wondering). In any case, Daniel charmed us not only with his magic, but also with his outgoing and energy personality. That’s why we’re so excited to present him as the official mentalist of the 360° Digital & Marketing Summit.

If you searched for Daniel Fernandez online, you’d find a ton of photos with him and different celebrities, including Oprah, Rihanna, and Anne Hathaway. Born on the island of Margarita in Venezuela, Daniel developed his passion for magic during a London family vacation at the mere age of 10. By this time, he had lived in three different countries, exposing him to different cultures and mentalities that solidified the idea that magic was a universal language with the power to unite people in an extraordinary fashion. This concept furthered Daniel into a deep fascination with the study of mentalism, or magic of the mind. As a young boy of 12, he began performing mentalism professionally at local events, which led to his television debut at 16. 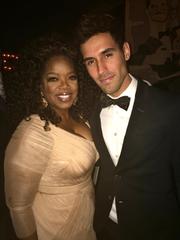 In more recent years, he has cultivated a YouTube community of over one million subscribers, and advocates the idea of dreaming big and doing bigger. Daniel has appeared on countless globally acclaimed television shows (including The Ellen DeGeneres Show, Today, Un Nuevo Día), continuously collaborates with internationally celebrated artists, and uses his trilingual proficiency to partner with the world’s most prestigious clients (including Pepsi, AT&T, Lamborghini, Walmart, and Gillette).

Are you ready for your first online magic experience?

Going back to our first meeting with Daniel, I remember he said something that caught my attention. During that time, he was running a 30-day experiment of waking up at 3 a.m. every single day and  documenting his morning routine on Instagram. Being a fan of high performance, I obviously followed him on social media, and discovered that he is an extremely positive and vibrant person who’s doing his best to inspire other people. That’s why we have no doubt that he’ll amaze you with his magic skills and greatly inspire and entertain you.

For our online summit, we’ve prepared with Daniel’s team a one-of-a-kind magic experience that will transform you from an online attendee into an engaged participant. Daniel will amaze us with card, number, and song tricks, and more. He’ll personally interact with some of you and make you scratch your head and wonder, “How in the world did he do that?”

So wait no more and register for the 360° Digital & Marketing Summit. You won’t regret it—we promise!

Talk with one of our event planning experts to learn how Eventtia can simplify your events. 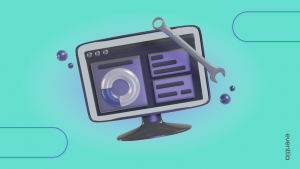 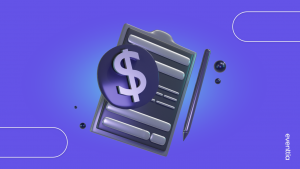 How To Create a Budget for Your Next Event 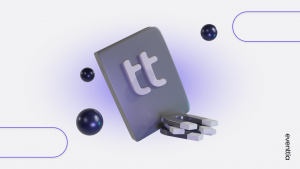 (2/10) How To Identify an Engaging Event Topic

How To Create a Budget for Your Next Event